A new documentary on Hong Kong’s domestic workers has gotten off to a strong start, raising US $12,430 in the first few days of its Kickstarter campaign. The film’s makers hope to shed light on the “sacrifices and struggles of migrant domestic helpers working to create a better future”. The documentary will follow a choir of domestic workers in Hong Kong called the “Unsung Heroes” as they prepare to perform “I Wish I Could Kiss You Goodnight”, a song about leaving their children behind to provide them with a better life. 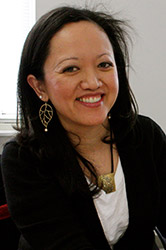