Learn about the three simple campaign points we are fighting for

Help us change the debate, raise awareness and pressure the government with one unified voice in our Action Centre

Visit justiceforerwiana.com to learn more about that case that shook Hong Kong & how such abuse can be prevented

Donate to the Justice Committee
‹ › 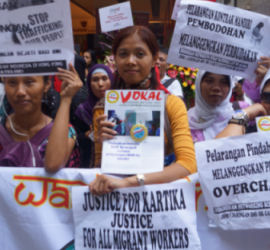 End the '2-week' and 'live-in' rules, which enable abuse. 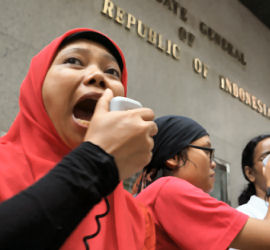 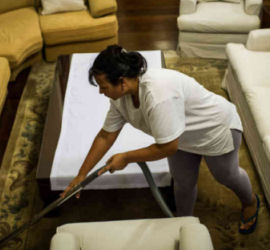 A 33-year-old Indonesian domestic worker is in a critical condition after being crushed by a falling 60kg concrete block.

Elis Kurniasih, employed by Sun Light Employment Agency, was in a boarding house provided by the agency. A concrete base of an air conditioner fell on her as she prayed at 5am in the morning. The incident resulted in massive bleeding a broken spine, according to a Mission For Migrant Workers spokesperson, who added that conditions at the boarding house were said to be “terrible”. HK Helpers Campaign commends the South China Morning Post team behind the new multimedia project ‘A maid’s tale: The story of one woman’s struggle to become a domestic helper.’

What Hong Kong’s domestic worker community go through is rarely documentary so comprehensively. This first-rate piece of journalism tells the story from start-to-finish. Today, over a hundred supporters gathered in Central to perform the One Billion Rising dance for equality.